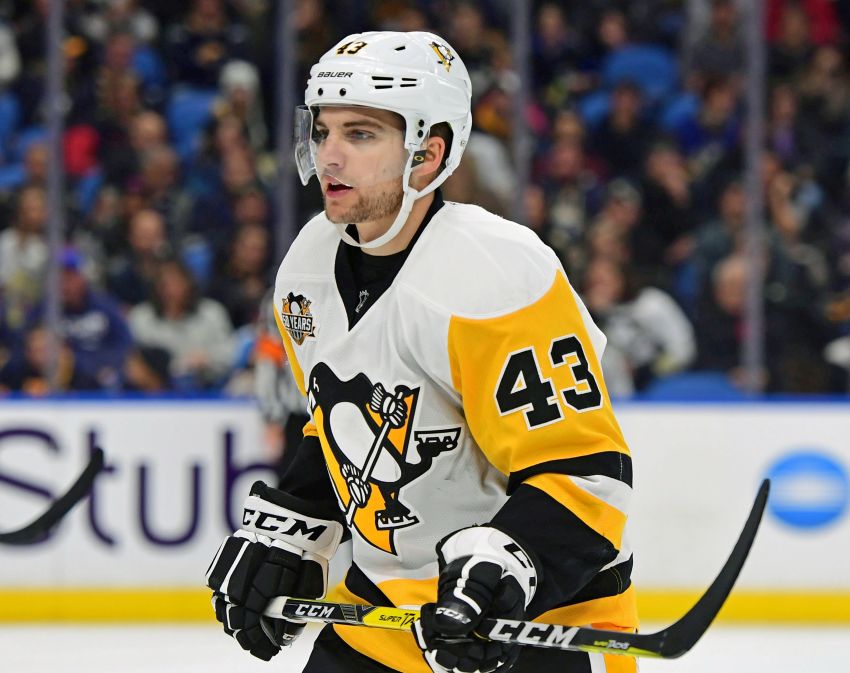 BUFFALO – After the initial shock of getting traded wore off, winger Conor Sheary said he quickly embraced what he believes can be a bright future with the Sabres.

Sheary, of course, grew up with the Pittsburgh Penguins, morphing from an unheralded AHL player into a significant contributor on two Stanley Cup champions.

So when Penguins assistant general manager Bill Guerin called Sheary on Wednesday to inform him he had been traded to the Sabres with defenseman Matt Hunwick, he was shocked.

“I didn’t really see it coming,” Sheary said this afternoon on a conference call. “There’s obviously rumors out there that it might happen.”

But Sheary said he understands at some point you must move on from a team. While he developed in Pittsburgh’s organization, he believes the Sabres offer him an opportunity to grow as a player.

“You have to look at the positives,” he said. “I’m super excited with the new chapter I have in my life. I have to put my Pittsburgh years behind me now. I’m definitely excited for this opportunity.”

Check back later for a full story on Sheary!

One thought on “Conor Sheary excited about new chapter with Sabres”