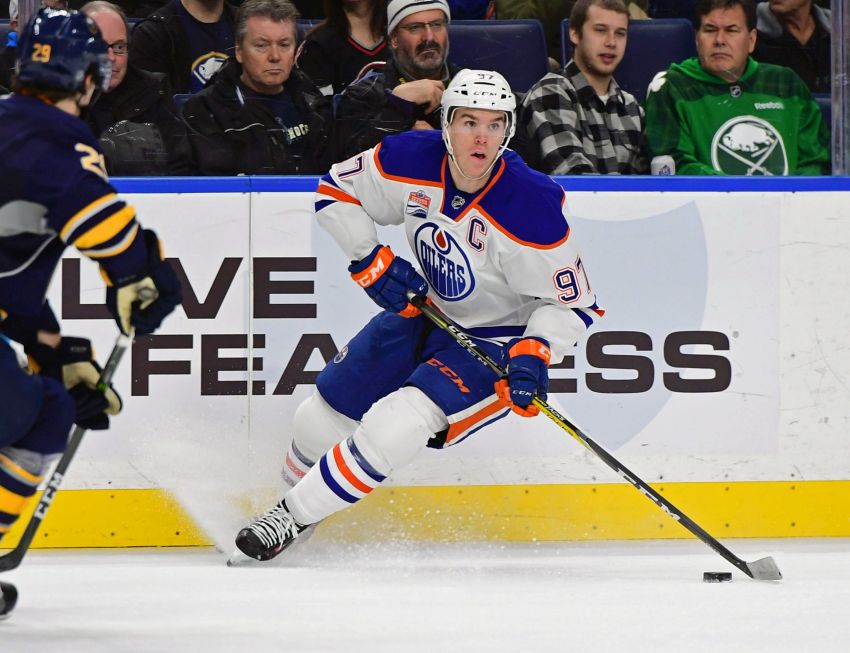 BUFFALO – Having won the award named after Ted Lindsay twice, Connor McDavid said he “had the honor” of meeting one of hockey’s all-time legendary figures, who passed away today at age 93.

On the ice, Lindsay, nicknamed “Terrible Ted,” was a Hall of Famer and one of the fiercest competitors in NHL history. Off it, he fought for players.

“We all grew up playing this game, loving this game and kind of want to see how this game got to where it is today,” McDavid said this afternoon inside KeyBank Center. “He’s obviously somebody that’s played a huge role in basically starting the PA and giving the players a voice. It’s pretty special what he’s done for the players.”

McDavid then mentioned he read this morning Lindsay refused to attend his Hall of Fame induction in 1966 because wives and families weren’t invited to the ceremony.