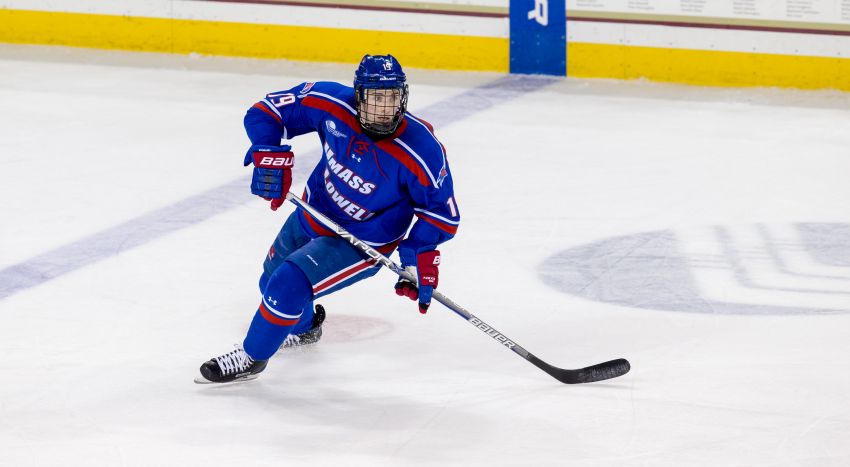 Smith, who signed a two-year contract with the Sabres on Thursday, enjoyed a huge 2016-17 campaign, scoring 23 goals and 51 points in only 41 games.

But something besides Smith’s scoring prowess helped him morph from an undrafted youngster into an NHL prospect in his junior season.

Smith, 22, developed into a complete, 200-foot player. He generated offense without shirking his defensive responsibilities.

“Somebody establishing himself as a very dependable, responsible defensive (player) without negotiating offense, there’s no question they’re going to have opportunities to go forward,” Bazin told the Times Herald by phone Thursday, hours after Smith inked his entry-level deal.

That should help Smith at the next level. The modern NHL is an ultra-tight, systems-oriented league. The best offense is usually a good defense.

“He understood that the better defensively he plays, the better off he gets,” Bazin said.

Smith, who grew up in Des Moines, Iowa, believes he will be better off in Buffalo. He had a slew of teams after him in free agency, but he said Thursday he identifies with the city’s blue-collar mentality.

“He likes to work,” Bazin said. “He’s got a passion to play. One of the most endearing parts about C.J. is he loves to play and he loves to be at the rink and he’s always got a smile on, and that’s contagious.

The 5-foot-11, 185-pound Smith, of course, developed in other ways during his three NCAA seasons.

“You get a little thicker, he’s getting more explosive,” Bazin said.

But passion might be the underlying trait that helped the affable Smith reach the NHL.

“I’ve learned he’s a very driven guy,” Bazin said. “There’s a lot of nice kids, but they don’t necessarily know how to play. So he’s a driven kid and he’s passionate to get better every day. That’s the kid I know.”

After going pointless is Tuesday’s 3-1 loss in Columbus, Sabres center Jack Eichel has 23 goals and 55 points in 56 outings, meaning he’s just one goal and one point short of equaling the totals from his 81-game rookie campaign.

The Sabres had Friday off. They host the New York Islanders on Sunday afternoon.