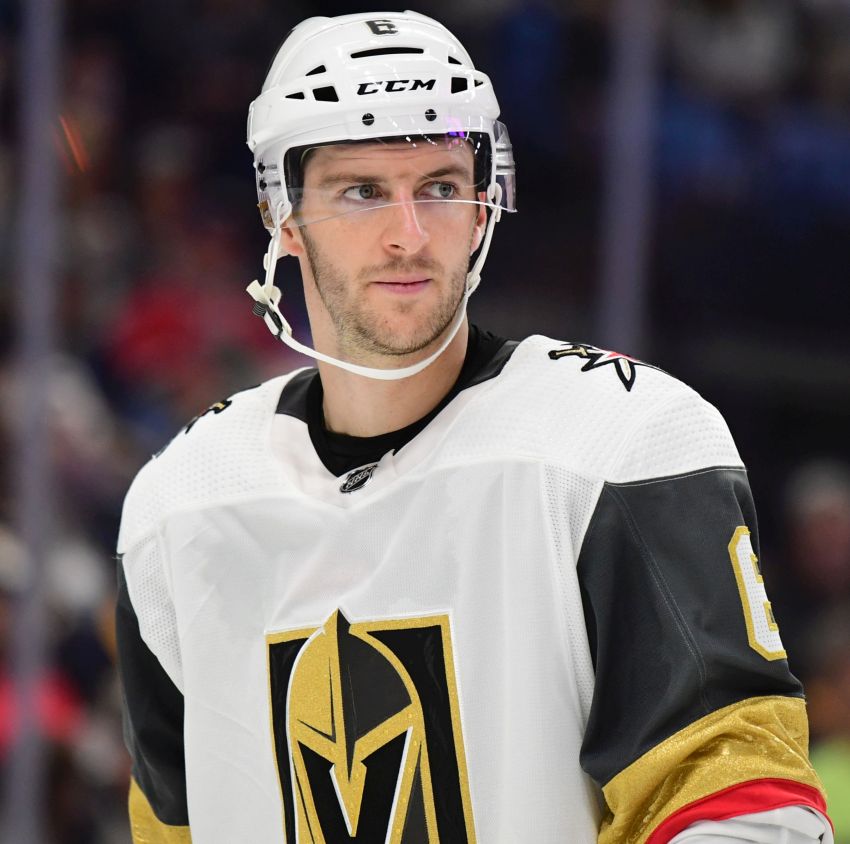 But the Golden Knights’ early success has started to wreak havoc, forcing them to deal core members from the remarkable 2017-18 club to get under the salary cap.

“Mixed feelings,” Miller said Saturday on a conference call. “I think we had something really special going on there in Vegas and they’re going to have a great team moving forward. Turning around, it’s going to be great. It’s going to be a great opportunity.

“Seeing what Buffalo did last year through a healthy stretch of the season was very encouraging obviously for the city of Buffalo and the team. (I’m) just excited to hopefully take on a little bit more of a role than I had in Vegas.”

That role should be on the first or second defense pair. The 6-foot-1, 196-pound Miller also gives them a surfeit of right-handed defensemen.

That has created speculation another deal could materialize soon, most notably one involving Rasmus Ristolainen, one of their five righty defenders.

Ristolainen looks beaten down by all the losing he has endured over his six-year career.

Sabres general manager Jason Botterill refused to say if Ristolainen has asked to be traded.

“I’m not going to get into conversations that I had with my players,” Botterill said.

Botterill said the right-handed defensemen give the Sabres flexibility and options.

“You look at our defense corps the last couple of years, we’ve dealt with injuries,” Botterill said. “So we wanted to improve our competition and improve our depth, and that’s why we did the move.”

Miller’s array of talents – “A very strong shot from the point, an ability to make that first pass coming out of the zone, another good skater,” Botterill said – should fit nicely on the blue line.

He also gives the Sabres another player with playoff experience. Since they own an eight-year playoff drought, none of their homegrown talent has ever sniffed the postseason.

Miller has played 30 NHL playoff contests, including 20 during the Golden Knights’ incredible run in 2018.

Vegas grabbed Miller in the expansion draft from the Boston Bruins, one of the NHL’s top franchises. Before the Bruins acquired Miller, he won a Calder Cup in 2015 playing for the Los Angeles Kings’ AHL affiliate, the Manchester Monarchs.

“He’s won at every level, he’s had an opportunity to play in the playoffs, especially the last two or three seasons, getting that much playoff experience, playing in those situations,” Botterill said.

Two seasons ago, Miller played a pivotal role as the Golden Knights morphed into a powerhouse just weeks into their existence.

Miller said some of what he experienced in Vegas he has already seen with the Sabres.

“It just takes guys that are willing to buy in,” Miller said. “If there’s one thing that I was most proud of in Vegas, it was the friendships that I made, because we had such good people in that locker room and good people throughout that organization, and that’s exactly what we’re seeing there in Buffalo.

“From talking to coach (Ralph Krueger) to the players to the GM, it really is some great people there. That’s what it’s going to take ultimately to come together as a team.”

Given the Vegas cap problems, Miller likely knew that group from 2017-18 wouldn’t stay together long. He said some Golden Knights have recently experienced “a bit of an uneasy feeling.”