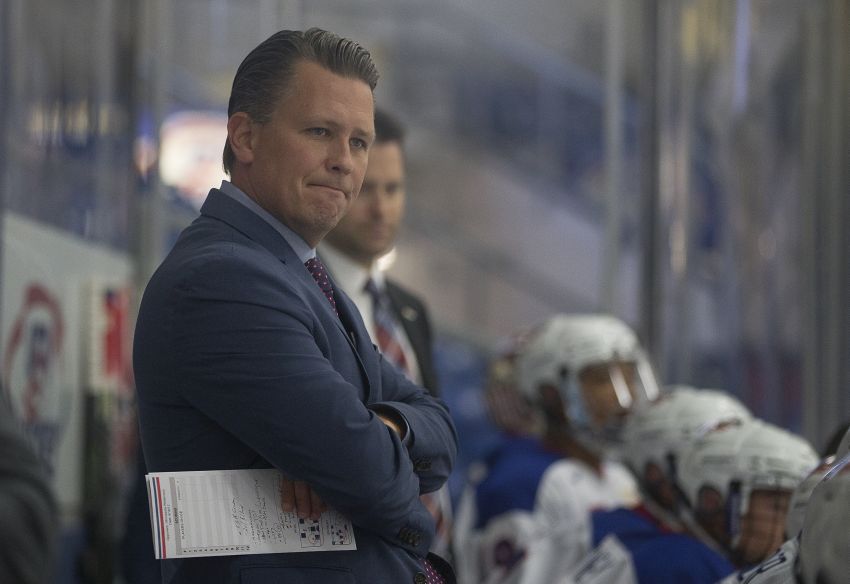 After 11 years at RPI, Seth Appert said he started to slip. The coach of a small college is responsible for the entire program, meaning he is essentially a CEO.

“There’s so much you do that isn’t coaching that can grind you down that you don’t even realize,” Appert said on a Zoom call Tuesday, shortly after the Rochester Americans announced him as their new head coach.

Appert recruited more kids than the premier NCAA teams. To run the program properly, he constantly raised money. Given RPI’s high academic standards, he built relationships on the Troy campus so his recruits could attend the school.

The extra duties bogged Appert down. His relationships on the team suffered, and so did the results.

“I believe I lost my sense of who I was as a head coach, what I want to be in terms of a leader for our young men,” said Appert, who led RPI to its first NCAA tournament in 15 years in 2011. “I don’t believe I had as close of relationships with the group at the end as I did at the middle and in the beginning.”

Appert compiled a 152-221-48 record at RPI. The Minnesota native led the school to a second-place finish in the ECAC in 2012-13, its best finish in more than 20 years. He also endured five seasons of at least 23 losses.

His appointment to coach the Buffalo Sabres’ AHL affiliate has raised some eyebrows. Coaches usually don’t earn their first pro gig two years after getting axed from college. But Appert, 46, bounced back after leaving RPI.

“Adversity fuels growth,” Appert said of what he took from his experience at RPI. “That’s what I took that moment for. I’m really proud of what we did at RPI. Most of the chunk of years we were there was extremely successful. NCAA Tournament, highest finish in over 25 years in the ECAC, All-Americans, Hobey Baker finalists. At the end, it slipped and that’s on me. I’m the head coach.”

Just days following his dismissal, USA Hockey asked Appert to serve as an assistant coach for its entry at the World Under-18 Junior Championships. The warm embrace he received from some of the U.S.’s top young stars quickly reignited his passion.

“Got me kind of reset on what I want to be as a coach,” he said.

USA Hockey’s National Team Development Program hired Appert to coach its Under-18 squad two months later. Last season, he moved back to that team after a year leading the Under-17 team.

Appert’s work with the USNTDP caught the attention of new Sabres general manager Kevyn Adams, who fired former Amerks coach Chris Taylor and his staff June 16 despite a track record of winning and developing young talent.

“He’s a quality person,” Adams said of Appert during a Zoom call. “High character. Great leader. He has a track record for development. I believe he’s going to be someone that will be a great role model for our prospects as they learn on and off the ice.”

For years, of course, the Amerks signed a slew of high-priced veterans to complement those prospects. But in a radio appearance shortly after he fired Taylor, Adams said the Sabres want to make development the priority in Rochester.

Sabres owners Terry and Kim Pegula, who also own the Amerks, have been slashing costs. On June 16, the day they hired Adams to replace Botterill, they fired 22 members of their hockey department.

“I want to be really clear on this,” Adams said Tuesday. “I don’t think it’s one or the other, (development or winning). … When I talk about development in Rochester, I’m talking about how do we personally invest in every single one of our prospects and players and put them on a track to succeed?”

Adams wouldn’t reveal if the Sabres plan to sign older players for Rochester. Still, having played in the AHL, he understands the value they can provide.

“Putting your arm around a guy that’s 20 years old that’s maybe always had success everywhere he’s been, he’s been the best player,” he said. “And all of a sudden now, you’re in a league, you’re looking around like, ‘Whoa, this is pretty good hockey.’ You know, it’s tough.

“So I think there is a definite need for the right veterans to be in the lineup, so we’ll see how it goes in terms of the way things shake out, whether it’s adding free agents or our own internal discussions.”

Based on his discussions with the Sabres, Appert said he feels “comfortable with where Kevyn stands on the balance of we need our young players in the Sabres organization to have the opportunity, the ice time to develop.”

“But we also it’s important for the Rochester Americans to win, because of the franchise history, the fan base,” he said. “I feel very confident in Kevyn’s approach to it. I don’t feel like we’re going to be hamstrung in opportunity to try to win in Rochester while developing for the Sabres.”