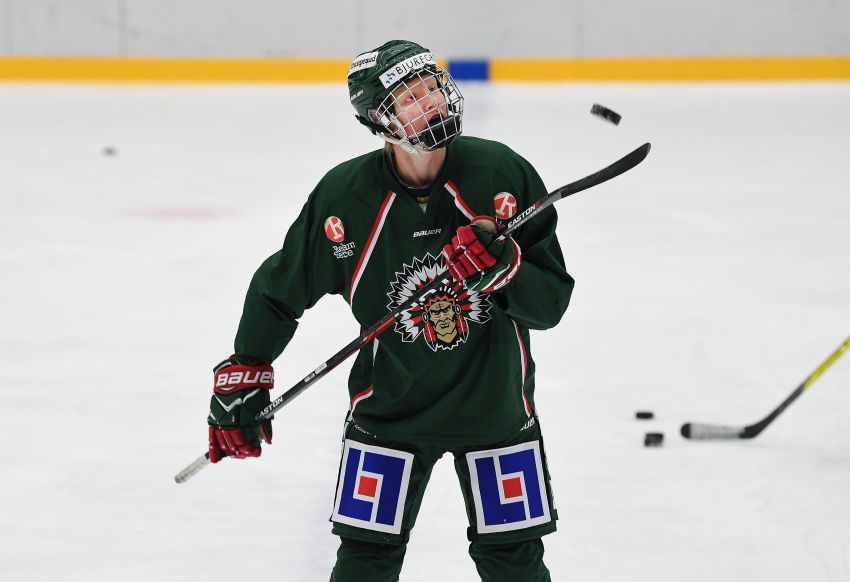 Of course, Dahlin’s many talents, particularly his sublime decision making – “He was amazing,” Rönnberg said – wowed the coach that day about three years ago inside a small rink in Gothenburg, Sweden.

But something else Dahlin showcased skating for Sweden’s under-18 team at such a young age convinced Rönnberg he was watching a defenseman destined for great things.

“It’s so rare that you can find a player that has both the compete level and the high smartness,” Rönnberg, who coaches Frölunda HC, Dahlin’s Swedish Hockey League club, told the Times Herald by phone Thursday. “(It’s) just world-class players that combine those two things. I saw that and I understood right away this guy is something extra, because he’s both competitive and he has the smartness and the decision making.”

Right now, Dahlin, 18, is attending the NHL Scouting Combine in Buffalo. Teams use the week to examine draft-eligible prospects, interviewing them and putting them through some rigorous physical testing.

Dahlin, however, could’ve stayed home. Come June 22 in Dallas, the Sabres, who own the first overall pick, will draft Dahlin, perhaps the best defense prospect in decades.

For Dahlin, this week might be more about getting to know a city he will likely call his NHL home for at least the next 10 years.

It’s unlikely Dahlin can blend in around town. Barely a month after the Sabres won the NHL Draft Lottery, Buffalo fans are already ecstatic about the Swede.

But just wait until Dahlin suits up for the Sabres. Rönnberg believes the selfless play he has consistently demonstrated will endear him even more to the team’s fan base.

“They will like him because they will see how he plays for the team at all times and how humble he is,” he said. “He will never try to do anything just for individual success; he will do everything for the team first. … I think everybody will love him over there.”

Rönnberg loved leaning heavily on Dahlin throughout the 2017-18 season. Following a 26-game look a year earlier, he thrived in his first full SHL campaign, compiling seven goals and 20 points in 41 contests.

Remember, Dahlin, who didn’t turn 18 until April 13, was competing against men.

To Rönnberg, Dahlin “was absolutely one of the top defensemen in the league.” Rönnberg said the season helped Dahlin learn what kind of defender he wants to be.

“He can do so many things and stuff on the ice, but if that doesn’t help the team, he won’t do it,” he said. “So he just wants to be a good team guy and good team player, because his character to win is so strong.

“That’s what I admire most with Rasmus, is he’s always there for the team success, he’s never looking at himself first. It’s always team first.”

Off the ice, Rönnberg said Dahlin is calm and “almost a little bit shy.”

“(Older players) have to slow him down a little bit to make him play more smart in practice so he doesn’t injure (guys),” he said. “So he has a great (temperament) for playing hockey and he has great character to be coachable and to look for his own development himself. He’s not waiting to be trained; he’s training himself all the time.”

One thought on “Coach on future Sabre Rasmus Dahlin: ‘He will do everything for the team first’”