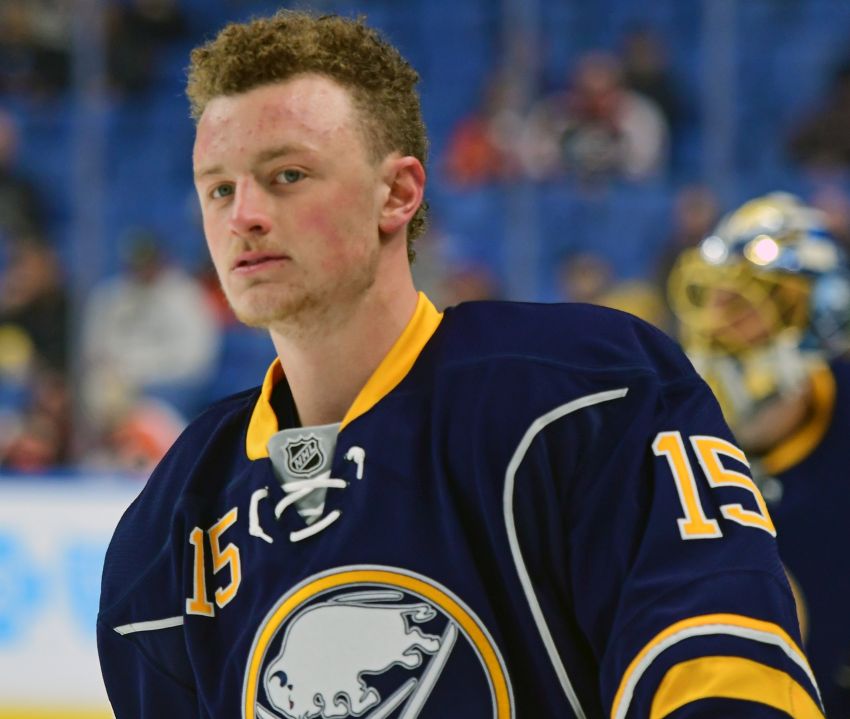 BUFFALO – Jack Eichel looked like he would’ve rather been anywhere else. The Sabres center was fidgety throughout his six-minute chat with the media this afternoon, mostly giving short answers.

“We got to win instead of lose,” Eichel said.

Will he be back? It appears so. Bylsma said he has spoken to Sabres general manager Tim Murray.

But Bylsma hasn’t developed the winning culture many thought he would by now. He might have an ultimatum next season.

Eichel, who reportedly sat in his full uniform long after Sunday’s season-ending 4-2 loss in Tampa Bay was over, doesn’t think enough players hate losing as much as he does.

What should they see when they look the mirror?

“I hope we figure out how to bring a more consistent effort with preparing ourselves better, day in, day out, coming with a better insight of what it takes to win nightly in this league,” Sabres captain Brian Gionta said. “It’s a tough league. There’s a lot of parity, there’s a lot of good teams.”

Gionta said the Sabres’ inconsistencies and struggles came from maturity and preparation.

Bylsma, of course, knows the Sabres must change going forward.

Based on comments throughout the season, some players don’t like the team’s style and haven’t bought into it. Bylsma said coaches talk to players about the systems and believe they’re “on the same page and have a good understanding of that system and how we play.”

Still, Bylsma said “we can’t expect to continue to do the same things and do it the same way and have a better result.”

“That change … comes with some uncomfortable times and some unhappy people at different times,” he said. “But that’s something that were going to keep pushing on and pushing for our team, because we have to know that we have to change if we’re going to develop a team that we can be, which we think is a winning team.”

Check back later for more on the Sabres.

Bylsma had no update on winger Kyle Okposo, who was reportedly released from the Neuro Surgical ICU at Buffalo General Hospital on Friday.