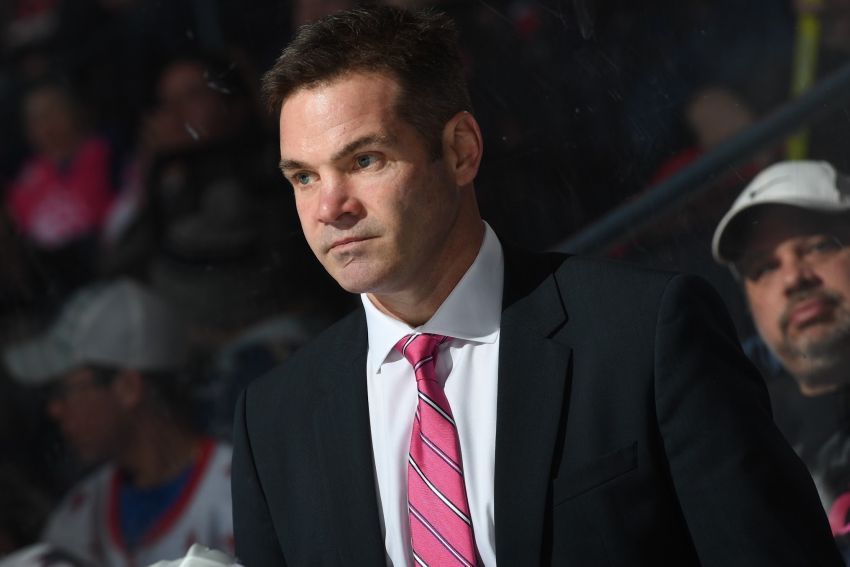 “But we also wanted to make sure we opened it up,” Botterill said Wednesday inside KeyBank Center after the Sabres announced Ralph Krueger as their new coach. “Through this process it wasn’t always out in the media, but we looked at a lot of coaches who had NHL experience (and) also up-and-coming young coaches.”

One up-and-coming coach, Chris Taylor, 47, is already in the Sabres organization. Taylor has led the Rochester Americans the last two seasons, compiling a terrific 83-46-24 record with the AHL club.

While the Amerks haven’t even won a playoff game under Taylor, they’ve enjoyed two terrific regular seasons after some down years. This season, they went 46-23-7.

Many players speak highly of Taylor, crediting him with changing the culture of the team. They clearly love playing for him.

Botterill, who played with Taylor in Buffalo and Rochester, said he and his assistants “certainly talked about Chris through this process.” It’s unclear if the Sabres interviewed Taylor.

Last month, Taylor said he hadn’t spoken to the Sabres about the job.

Krueger, of course, must fill out his coaching staff. Taylor, who also served six seasons as an AHL assistant in Rochester and Wilkes-Barre/Scranton, seems ready to graduate to the NHL.

But based on what Botterill said Wednesday, Taylor will likely remain in Rochester.

“I think right now he’s really enjoying being the head coach (in Rochester) and getting that experience, Botterill said. “I think that’s probably best for his development moving forward here.

“He had the opportunity to be an assistant coach for Rochester and Wilkes-Barre for a good period of time and now is really relishing being the head guy down there. … What we have going on in Rochester right now, what Chris and Randy are developing down there, is one of the strengths of our organization. And when we hired Chris, we were excited about it and we think he’s done an excellent job down there in the last couple years.”

Montour’s recovery will be about six weeks, according to the Sabres.