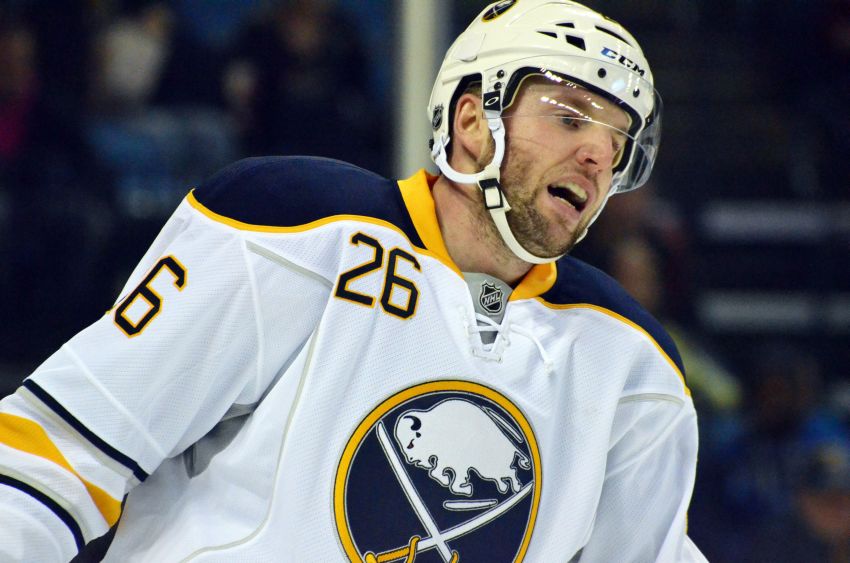 Slick winger Thomas Vanek recently said he “would probably look in the other direction” if the Sabres had a two- or three-year plan.

“Probably, I mean, obviously we gave up three good players in the last week, got a lot of picks in return,” Vanek said this afternoon after practicing inside the First Niagara Center. “Again, we’ll see.”

Clearly, saying goodbye to Pominville was tough for Vanek and goalie Ryan Miller, who had spent their entire professional careers with the popular winger.

“I think he was shocked, too,” said Vanek, who drove Pominville to the airport this morning. “But he knew there was a chance it would happen. But I think at the same time, he’s excited to move on to a really good team out in the west.”

Does Miller have the mindset the Sabres’ retooling – remember, Regier wouldn’t call it a “rebuild” – could take some time?

“I don’t know,” said Miller, who played 11 seasons with Pominville. “I’d have to talk to Darcy about it. It’s obviously something that hasn’t been planned out. I think Darcy is just trying to take into consideration all the options he had. I don’t know. I guess it’s hard to pass up the return you get when you get draft picks and prospects.

“I took Jason’s value pretty high organizationally. I don’t know, just see where everything falls and talk to Darcy about what his plan is.”

Interim Sabres coach Ron Rolston said he won’t name a new captain and will give winger Steve Ott an assistant captaincy with Vanek and Drew Stafford.

Vanek, out the last four games, said he felt better today and wouldn’t rule out a return Friday when the Sabres host Ottawa.