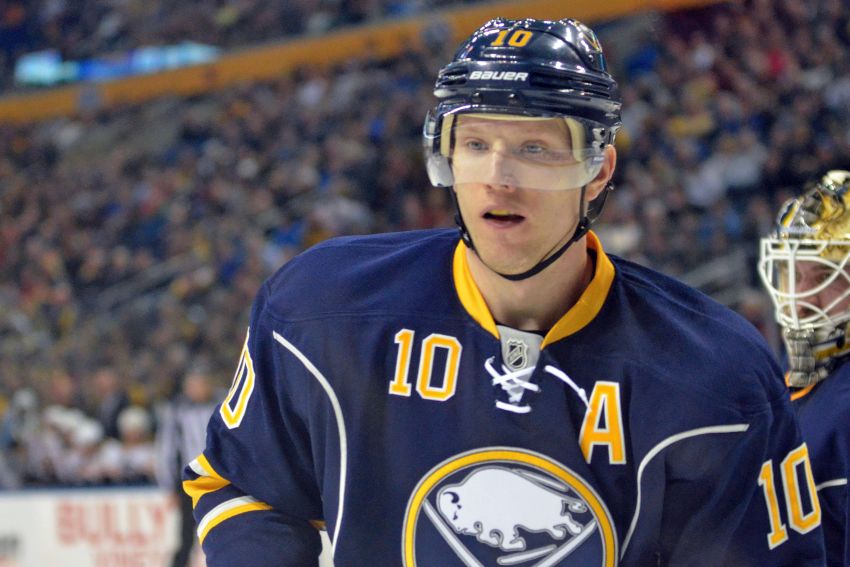 If Ehrhoff retired early, the Sabres could’ve been charged a huge cap recapture penalty, as much as $10 million, according to capgeek.com. Imagine having that dead money eating up space when the Sabres need to lock up their youngsters in several years.

So the Sabres used their second compliance buyout on the final seven years of Ehrhoff’s contract Sunday, the third anniversary of his acquisition from the New York Islanders. Ehrhoff declined waivers.

“We had never discussed a possibility of a compliance buyout,” Richard Curran, Ehrhoff’s agent, told the Times Herald by phone. “So was I surprised this morning when I woke up and realized that was the solution to their problem? Yeah, certainly.”

Curran said he had discussed Ehrhoff’s current role, his future and other possibilities with Sabres general manager Tim Murray.

The 31-year-old’s now an unrestricted free agent, arguably the best one in a weak class. He’ll cash in again.

“I’ve already had a number of clubs that have called,” Curran said.

On Twitter, Ehrhoff, who had a home built in Buffalo, thanked the community and the Sabres.

“Thanks to the great community of WNY, Sabres fans and Sabres organization for welcoming me and my family with open arms these past 3 years,” he wrote.

The Sabres owe Ehrhoff two-thirds of the $18 million remaining. His cap hit is gone.

Expect Murray to be busy when free agency opens Tuesday.

For about $38 million total, the two combined for 26 goals and 133 points. The Sabres won 81 of 212 the games during their tenures and missed the playoffs all three seasons.

But he never fully acclimated to the Sabres. Still, he was one of their better players, leading them in ice time and compiling decent offensive numbers, including 33 points last season. He had 16 goals and 87 points in 192 games.

In February, with the NHL trade deadline approaching, the Sabres asked Ehrhoff for a list of teams he would accept a trade to.

When asked about his future following the season, Ehrhoff said he “signed a long-term commitment with the team.”

“As long as they want me to be here, I’m going to do my best for the team,” he said as the Sabres cleaned out their lockers in April.

Now, he can chase a championship somewhere else.