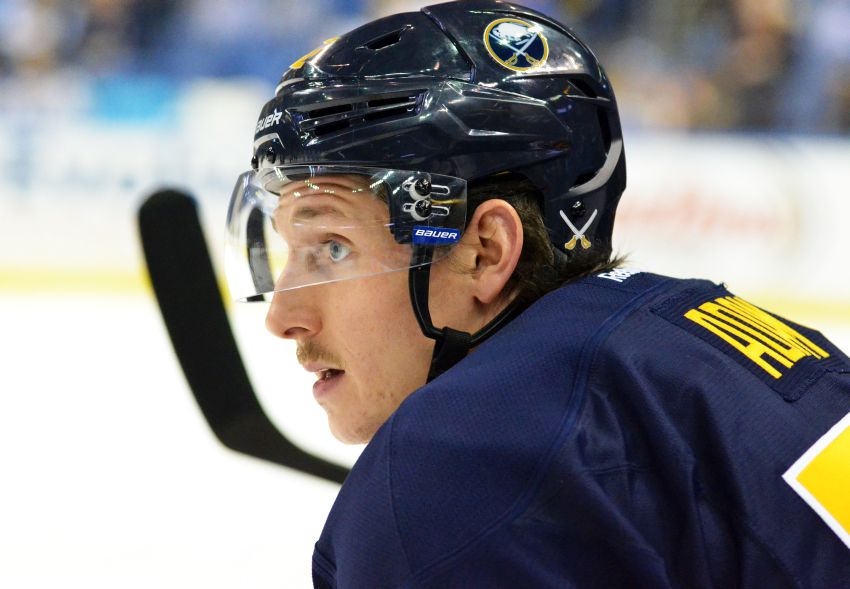 BUFFALO – As a rookie three years ago, Luke Adam was a top prospect and budding star for the Sabres. The forward quickly became a Calder Trophy candidate, scoring three goals and six points in his first four games.

Adam, who often centered stars Jason Pominville and Thomas Vanek, scored his 10th goal and 20th point in his 32nd game in 2011-12.

He never recorded another point that season.

By early that February, when Adam’s point drought hit 20 games, the Sabres demoted him to the Rochester Americans, where he spent most of the next three years.

On Tuesday, the Sabres traded Adam to the Columbus Blue Jackets for winger Jerry D’Amigo, a swap of talented AHL players with some NHL experience.

D’Amigo has been assigned to the struggling Amerks. Columbus sent Adam to the Springfield Falcons. Both players needed a change of scenery.

D’Amigo, 23, had three goals, seven points and 26 penalty minutes with Springfield this season. He hasn’t scored in the last 16 games and is pointless in the last seven contests.

Toronto drafted D’Amigo 158th overall in 2009 before trading him to Columbus on July 1. He played one NCAA season at R.P.I. and one campaign with the Ontario Hockey League’s Kitchener Rangers before turning professional. He also starred for two Team USA world junior championship squads, winning gold in 2010.

But Adam, the 44th pick in 2008, struggled during his NHL recalls. The Newfoundland native had 15 goals and 26 points in 87 games with the Sabres.

With the Sabres desperate for offense and Adam tearing up the AHL last season, he basically forced his own recall. One goal in 12 games basically sealed his fate. It became clear then he wasn’t in the team’s plans.

Adam, who has been a winger recently, scored two goals in his final 36 games with the Sabres.

At this point, it might be safe to assume Sabres center Zemgus Girgensons will be an NHL All-Star next month. The 20-year-old Latvian is still the leading vote-getter three weeks into balloting with a stunning 1,089,865 votes.