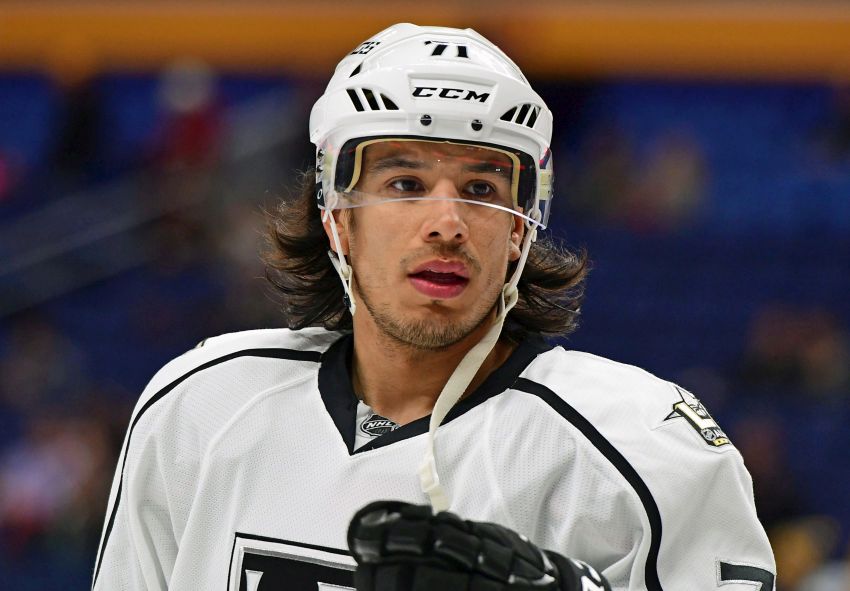 As a child in the 1990s, Nolan sometimes tagged along with his father, Ted Nolan, to the rink. In 2013, when the Sabres brought the elder Nolan back for a second run, Jordan proudly watched the news conference inside KeyBank Center.

“Buffalo’s been nothing but good to our family,” Nolan said Thursday following his first practice with the Sabres. “I guess third time’s the charm for the Nolan family.”

“We’re so used to the area,” Nolan said. “I think it’s just a perfect setup for me.”

Nolan, who wanted to leave the Kings, said it “was pretty crazy” the Sabres grabbed him. He lives just across the Ontario border in the summer.

“A lot of memories here,” said Nolan, who won two Stanley Cups with the Kings. “I live over in St. Catharines in the offseason, (have) a lot of my friends and family in this area.”

“He knows the kind of player I am and capable of being,” Nolan said of Payne. “So I think he put in a good word.”

Nolan said he plays with “a lot of heart and intensity.” The Cups he won in 2012 and 2014 also make him an attractive player. Having someone who has hoisted hockey’s ultimate prize, especially on a young team, is important. The Sabres didn’t re-sign former captain Brian Gionta, who won a Cup with the New Jersey Devils in 2003.

“I’ve been part of a winning team (in Los Angeles) for years,” Nolan said. “I just kind of bring some experience. I’m not expecting to change the world or anything.”

But Nolan can help fill a void created by some offseason departures. The Sabres lost some tough players who possessed skill when wingers Marcus Foligno (trade) and William Carrier (expansion draft) left.

He added: “He’s just the type of player we need in our lineup who’s big and physical but who has a scoring touch.”

Nolan, who recently returned from the Kings’ trip to China, wants to play in tonight’s preseason finale here against the New York Islanders. Housley, however, wouldn’t commit to dressing him.

With the long flight home and waivers, Nolan went six days without skating before Thursday.

Wearing No. 17, Nolan practiced Thursday on the left wing with center Jacob Josefson and Johan Larsson.