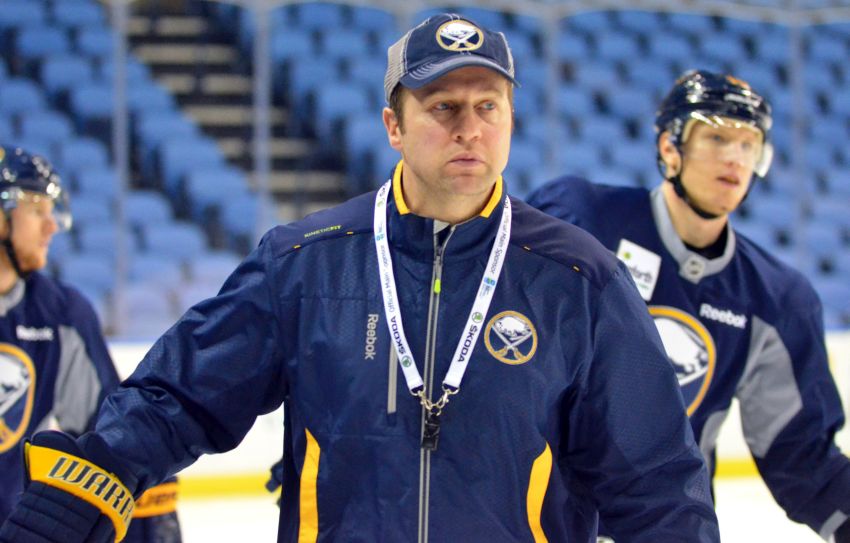 BUFFALO – So much for Joe Sacco scouting for the Sabres. The Boston Bruins have hired the 45-year-old as an assistant coach, a job he had here last season.

The Sabres fired Sacco after finishing 30th overall last season, but quickly named him a pro scout. Sacco was inside the First Niagara Center last week during development camp.

When Ted Nolan replaced Rolston in November, he appeared to lean heavily on Sacco. Some speculated Nolan might keep him.

Sacco grew up in Medford, Mass. He played three seasons at Boston University before his 738-game NHL career.

The Sabres still need to hire a new coaching staff.