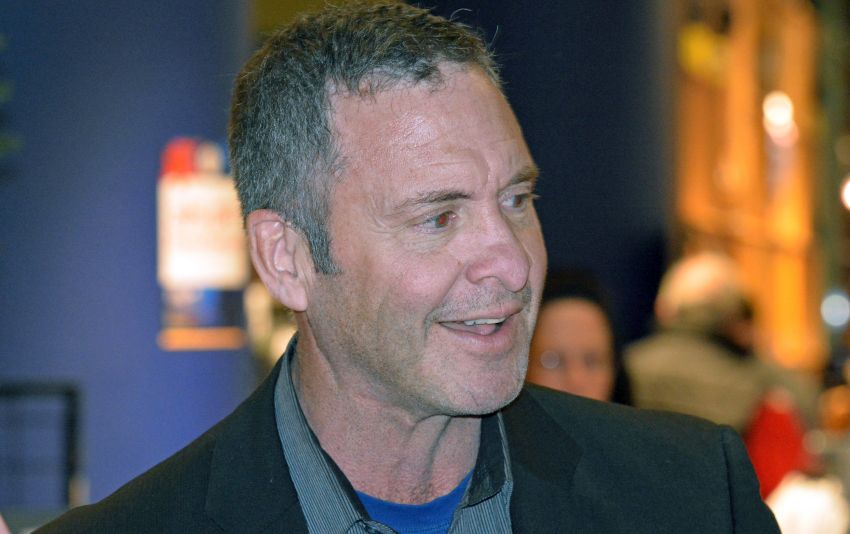 Three years after Clint Malarchuk bared his soul in the gritty memoir “A Matter of Inches: How I Survived in the Crease and Beyond,” the book has given the former Buffalo Sabres goalie a new purpose in life.

Malarchuk has become a visible mental health advocate, using his harrowing experiences to help others.

The 30 or so talks he gives to various groups throughout the year detail his battle with the post-traumatic stress disorder he developed after a skate blade sliced his jugular vein and his struggles with obsessive compulsive disorder, alcoholism and anxiety.

The toxic mix led to brushes with death, including a 2008 suicide attempt in which he shot himself in front of his wife. The bullet is still lodged in his skull.

But the incident became the genesis of Malarchuk’s healing. A proper diagnosis and a six-month stay in rehab later helped him repair his life.

Most days after Malarchuk, 56, finishes work at his Nevada ranch – he’s a horse chiropractor and dentist – he said he spends a couple of hours “just talking to people” on the phone. He said he also answers every email he receives.

Malarchuk said he never expected the book would impact so many people.

“I’ll tell ya, I thought my purpose in life was to be an NHL hockey player, because that’s all I dreamed of, all I worked for, and I coached in the NHL, and I did both,” Malarchuk told the Times Herald by phone earlier this month. “But I realized that’s not my purpose; my purpose is what I’m doing now.”

“I talk to people who are probably where I was in my darkest (time),” Malarchuk said. “I just be of service, really. I enjoy it. It keeps me going now that I’m hopefully making a difference and hopefully saving a life or two. That’s the cool part, is that there has been people that have said, ‘You saved my life.’”

Malarchuk, of course, is best known for the March 22, 1989 incident inside Memorial Auditorium against the St. Louis Blues, one of his first games with the Sabres. While he nearly bled to death on the ice, remarkably, he played again 10 days later.

But Malarchuk’s life became a living hell within a year or so. As he battled his other problems, he was unaware he dealing with PTSD from the incident. He wouldn’t be diagnosed until more than 20 years later.

“It was that adrenaline, love and support of the people of upstate New York that got me through the pain of that year,” Malarchuk said.

Malarchuk’s talks are emotional and honest. He tells his audience he feels great but still experiences bad days. He said he overcomes them following a program – he might meditate, exercise or talk with his support group – and taking medication.

Sometimes he cries with people.

“I’ve cried with a lot,” he said. “I keep in touch with people. I try not to give advice.”

Why don’t Malarchuk and his wife, Joanie, offer advice?

“We will tell what worked for us, what didn’t work, what struggles and obstacles that we saw on our way to getting helped,” he said. “But mostly we’re support. I … (say) just keep seeing new doctors, keep trying new medication, therapy.”

Malarchuk wants to take away the stigma associated with mental illness.

“You too can be happy and healthy, because there are a lot of people just like I was that they’re suffering, they’re battling,” he said. “They can’t go to their bosses, and if you’re a man, you can’t go even to your spouse. You hide it, and what happens with a lot of people, they lash out in anger.”

Malarchuk hid his illness, yet somehow somehow kept playing in the NHL until 1992.

“I basically didn’t want to tell anybody because of the stigma, and as a goalie in the NHL you’re supposed to be the anchor, so the last thing you want to do is say you’re struggling with (stuff),” he said.

Malarchuk also talks a lot about Buffalo, a place he said he loves visiting.

“Holy moly, Buffalo is so dear to my heart, the people there and how they supported me after my accident,” said Malarchuk, who said he’s a Sabres fan. “I want them to start having some success.”

Everybody, Malarchuk said, claims they attended the infamous game.

“I mean, come on, not everybody was at that game,” he said. “But they connect, whether they saw it on TV, it’s in their mind.”

Right now, the NHL isn’t on Malarchuk’s mind. He last coached with the Calgary Flames in 2013-14. While he wouldn’t rule out a return to coaching, he’s happy with his current work.

“If somebody came and said, ‘Hey, we want to give you a job in the NHL as a goalie coach,’ I’d consider it,” he said. “But I like what I’m doing, I like making a big, huge difference. I like saving lives.”