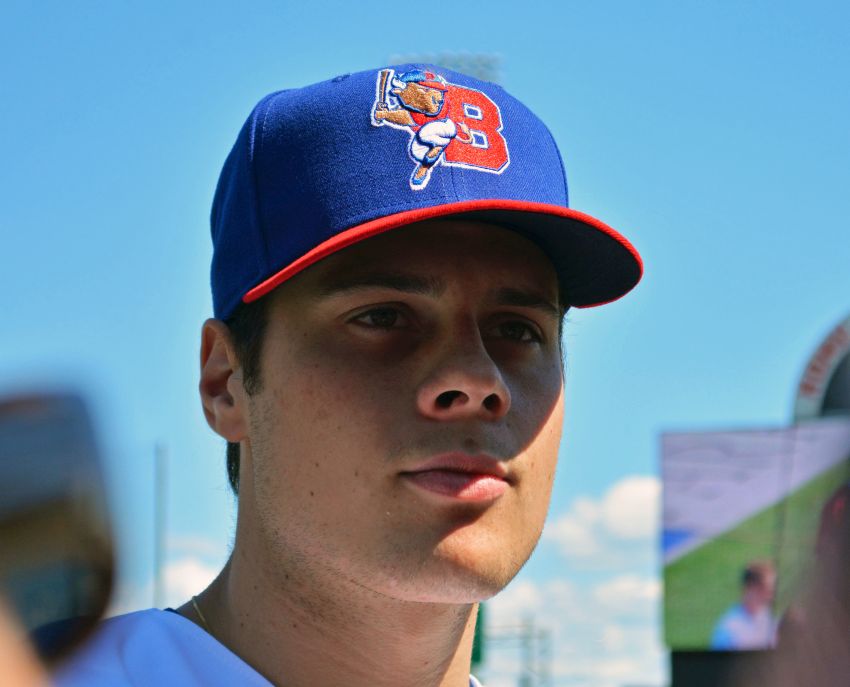 BUFFALO – Had Auston Matthews kept playing baseball, perhaps the presumptive No. 1 overall pick by the Toronto Maple Leafs in Friday’s NHL Draft could have enjoyed a different career.

“I was a pretty tall kid,” Matthews said this afternoon after taking batting practice at Coca-Cola Field prior to the Bisons game. “I guess you never know.”

Matthews’ father, Brian, pitched collegiately before an injury ended his career, so he comes from a baseball family. Still, even growing up in Arizona, hockey was always Matthews’ main sport and his passion, he said.

“I always missed a lot of baseball practices and games for hockey,” he said. “I decided when I was 13 I was going to give it up and stick to hockey.”

Before Matthews gave up baseball, he was a catcher with little interest in fielding and calling a game.

“My favorite thing was batting,” he said. “That was pretty much the only thing I was good at.”

Sporting a No. 34 Bisons jersey with his name and a hat, Matthews showcased a decent left-handed swing, hitting the ball as far as the warning track. He later threw out the first pitch before the Bisons played the Louisville Bats.