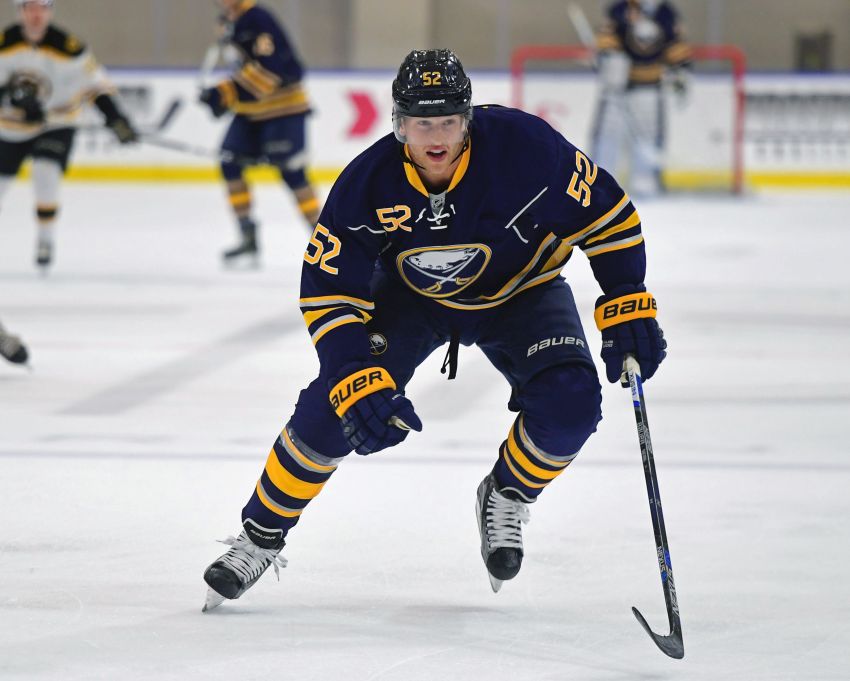 Fasching, 21, pays attention to the details of hockey.

That’s why Fasching, a strong prospect many had ticketed for the AHL early on, earned a spot in the Sabres’ opening-night lineup tonight against the Montreal Canadiens.

“That would be a big factor in it,” Sabres coach Dan Bylsma said this morning. “Every game he’s had he’s added solid play where he’s strong below the hash marks in the offensive zone at the net. But the details of his game are extremely good. He’s a guy that every time he’s been on the ice he’s had a positive effect, be it on the offensive side or defensive side of the puck.”

Fasching, of course, is one of the organization’s top young wingers. He played seven NHL games after leaving the University of Minnesota last season, scoring a nifty goal just minutes into his debut.

The American definitely has 20-goal potential in the NHL.

But right now, Fasching is wowing with his smarts. He said the “details, little things” he showcased throughout training camp and the exhibition schedule landed him a spot.

“I’m not necessarily the flashiest player out there, but I’ve really prided myself on making sure I have all the systems down and I’m in the right spot all the time and I’m doing my job consistently,” a smiling Fasching said inside KeyBank Center.

The affable Fasching said he was nervous Tuesday before the Sabres pared the roster down to 23.

Fasching skated on the right wing beside center Zemgus Girgensons and Matt Moulson this morning.