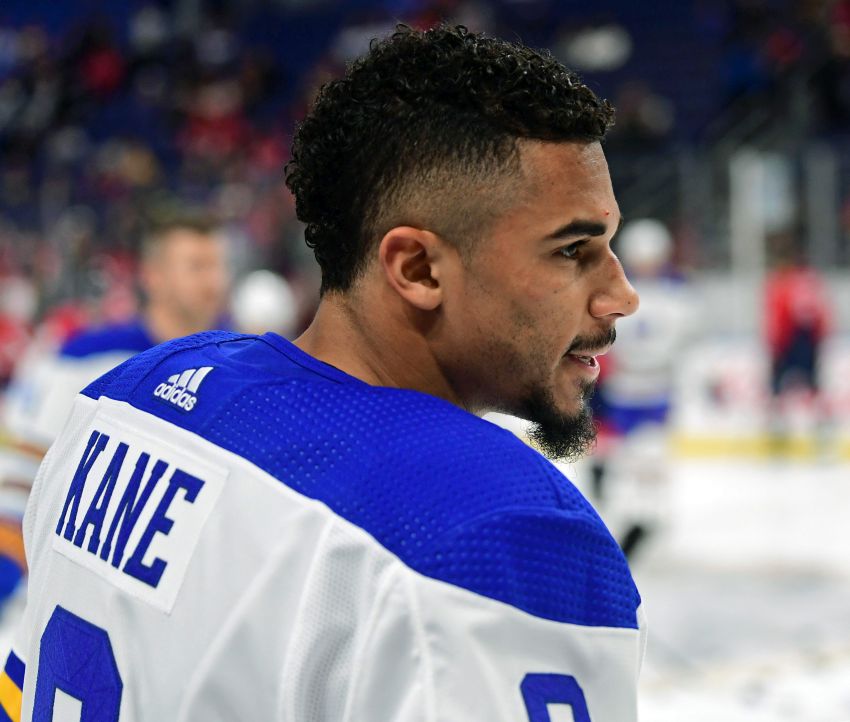 BUFFALO – Jason Botterill has never experienced a trade deadline like this one. Prior to joining the Sabres, the rookie general manager spent 10 seasons in the Pittsburgh Penguins’ front office, winning three Stanley Cups.

The Penguins contended for the Cup every season of Botterill’s tenure, meaning they loaded up for a long playoff run, dealing prospects and draft picks for talent that could help them immediately.

After winning two straight championships, they’re at it again this year. On Friday, Pittsburgh GM Jim Rutherford made a complicated three-team deal with the Ottawa Senators and Vegas Golden Knights. Most notably, the Penguins acquired center Derick Brassard and dished their 2018 first-round pick and defenseman Ian Cole.

Botterill, meanwhile, is trying to rebuild the failed rebuild he inherited. The last-place Sabres, of course, are sellers this deadline.

But beyond 20-goal winger Evander Kane and starting goalie Robin Lehner, do they have any assets teams really want? The Sabres aren’t exactly bursting with first-rate talent opponents covet.

Botterill might be able to trade, say, Jacob Josefson and Benoit Pouliot, two veteran forwards on expiring contracts, for low picks. Still, while any return is good for players who likely won’t be back, fifth-round choices aren’t going to revitalize the Sabres.

They need players who can help them immediately. So does Botterill have something up his sleeve this deadline? Since he’s a first-year GM, we don’t know how he operates at this time of year.

Given Botterill has no attachment to many of the Sabres, anyone short of perhaps center Jack Eichel and defenseman Brendan Guhle and goalie Linus Ullmark, two AHL prospects, could be in play. The Sabres still have 17 players left from the previous regime.

So perhaps Botterill tries to swing something big, or at least notable, before Monday’s 3 pm deadline. Maybe he packages up some high picks for an established youngster who can pay immediate dividends.

Or maybe he simply stays quiet, makes the expected deals – Kane, a veteran a team wants for depth – and focuses on reshaping the Sabres in the offseason.

Here are some players who could be moved before Monday afternoon.

Kane, 26, was held out of Saturday’s road tilt against the Washington Capitals, a sure sign he will be traded. The nine-year veteran will command a huge contract as an unrestricted free agent the Sabres can’t afford.

While he has mostly struggled for more than two months, he got off to a torrid start and finished strongly in 2016-17.

Kane scored 12 goals in the first 21 contests this season before going into a rut he has recently emerged from a bit. He has scored four times in the last seven games, including one goal in each of the last last two contests.

It’s unclear how much value Kane possesses. He almost certainly lost some over the past few months. Naturally, Botterill is aiming high. He reportedly wants four assets in return. That might be a bit much, though.

Still, could Kane bring back a high pick – remember, teams rarely part with first-rounders – a notable prospect and another asset? In a seller’s market, he might.

Botterill might be waiting for the New York Rangers to trade Rick Nash to establish the market for a high-scoring winger.

It’s hard to imagine a scenario in which Lehner, 26, is back next season. Even if the Sabres keep him past the deadline, they could deal his rights in the spring.

Lehner, a restricted free agent following the season, is playing on a one-year, $4 million contract. He likely wants a long-term deal the Sabres don’t want to give him.

With Ullmark, 24, ready for NHL duty, the two Swedes likely won’t be sharing the net next season.

While Lehner, an acquisition by former GM Tim Murray in 2015, has tended some terrific goal, he hasn’t established himself as an elite No. 1 goalie.

Perhaps a team like the New York Islanders, whose suspect goaltending could cost them a playoff spot, would dish a pick or a strong prospect for Lehner.

Following an awful start, Reinhart, 22, has caught fire, scoring eight goals and 20 points in a 23-game stretch entering Saturday. The winger averaged 20 goals and 45 points in his first two seasons.

Reinhart likely won’t be traded. The Sabres desperately need scoring, and the former second overall pick has been providing plenty.

But if Botterill receives an offer – for example, another young forward with similar scoring abilities but different talents the GM puts a greater value on – would he say no? What if someone dangles a puck-moving defenseman the Sabres sorely need?