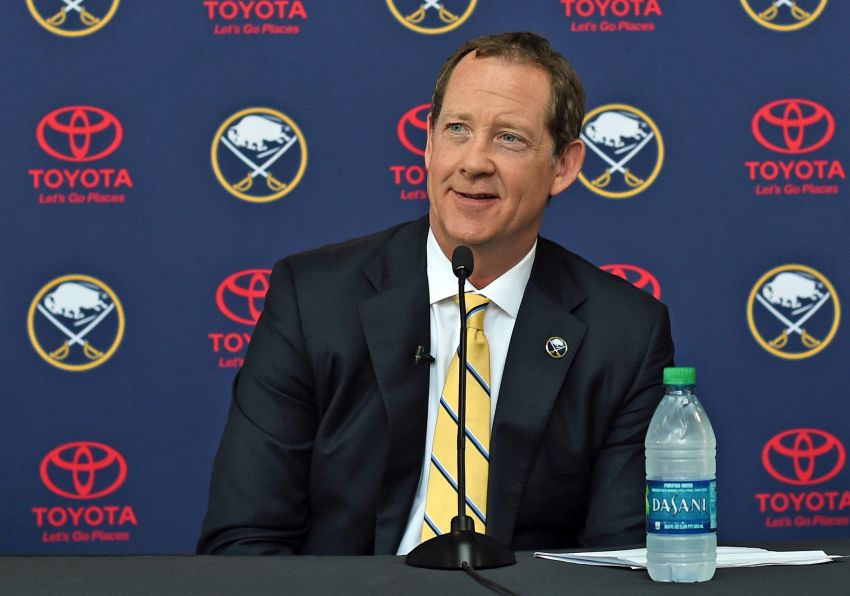 CHICAGO – For now, goalie coach Andrew Allen is still with the Buffalo Sabres. General manager Jason Botterill wants to keep the lone holdover from former coach Dan Bylsma’s staff. That decision, however, will be left up to new coach Phil Housley.

Botterill also said he has talked to coaches for the Rochester Americans’ vacancy. He said the assistant GM he hires for the Sabres will be their AHL GM.

Speculation over 28-goal winger Evander Kane’s future has only intensified with trade activity all over the NHL. Even with one year left on his contract, Kane could fetch a notable return.