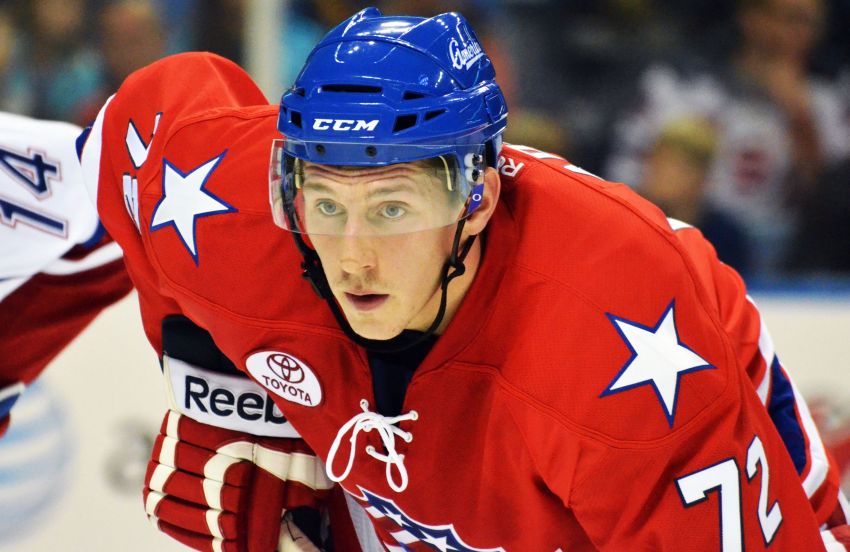 The Sabres sent Luke Adam, a healthy scratch three of the last four contests, back to the Amerks after playing four games, the Rochester Democrat and Chronicle reported.

The 22-year-old scored one goal during his first NHL stint in more than a year.

Meanwhile, the Amerks have recalled Daniel Catenacci, the 77th overall pick in 2011, from the Ontario Hockey League’s Owen Sound Attack.

Catenacci finished his junior career with 107 goals, 252 points and 414 penalty minutes in 266 games.

The Amerks also summoned goalie Connor Knapp from the ECHL.