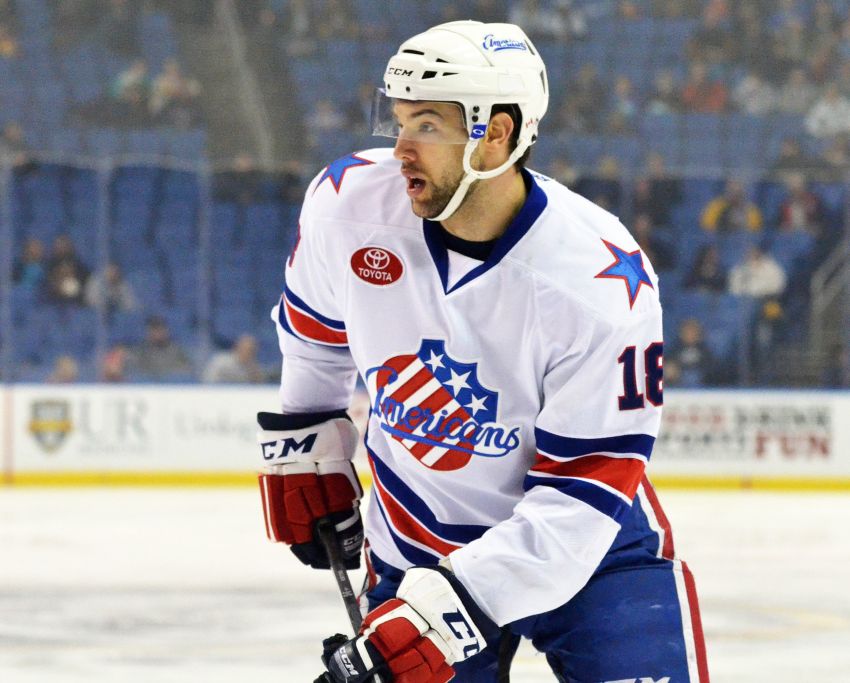 ROCHESTER – A night after blowing a late 3-1 lead and losing the playoff opener in overtime, the Americans experienced deja vu.

“It was ‘Groundhog Day,’” coach Chadd Cassidy joked Saturday after the Amerks grinded out a 3-2 win against the Chicago Wolves, tying the best-of-five Calder Cup playoff series. “We go up 3-1. Rasmus (Ristolainen), just a complete bomb off the crossbar.

“Same thing happened (Friday). We had a chance to go up 4-1 and we hit the post. We start thinking, ‘Is this going to go the same way?’”

Instead of wilting under the pressure, the Amerks, who lost 4-3 Friday, kept their composure inside the Blue Cross War Memorial.

“There was a different feel on our bench tonight,” Cassidy said. “We had been there. We had the experience of going through it.”

Amerks winger Colton Gillies added: “We learned from (Friday). We talked about it in the second intermission. We knew what we had to do. Everyone was calm, and I think it showed.”

The gritty series, which continues Thursday in Chicago, looks and feels like postseason hockey. Hatred between the teams is brewing.

Cassidy said he dislikes the Wolves.

“It’s playoff hockey,” he said. “They’re intense games. It comes down to little things. Guys are finishing every check. We did a really good job of pushing the game physically. I thought the push was way more from our side than their side, where (Friday) we pushed it early. They pushed late.”

The rugged Gillies pushed all game. He tied it 6:14 into the second period, assisted on Chad Ruhwedel’s go-ahead goal and drew at least two penalties. He also blocked a shot with his crotch after he had lost his stick killing a late penalty.

“I feel like the playoffs is kind of my style of game, go around hit guys and make it hard on guys,” Gillies said.

Cassidy added: “His intensity is through the roof. He’ll do whatever it takes to get the job done, whether it’s blocking a shot or finishing off on a defenseman. He gets our forecheck going all the time.”

Luke Adam scored the eventual winner 4:07 into the third period.

“I have him over for dinner every now and then,” Gillies said about Makarov. “He just earned another dinner tonight.”

What does Gillies cook?

“Whatever he wants,” he said.

Check back later this week for a full story on Gillies.