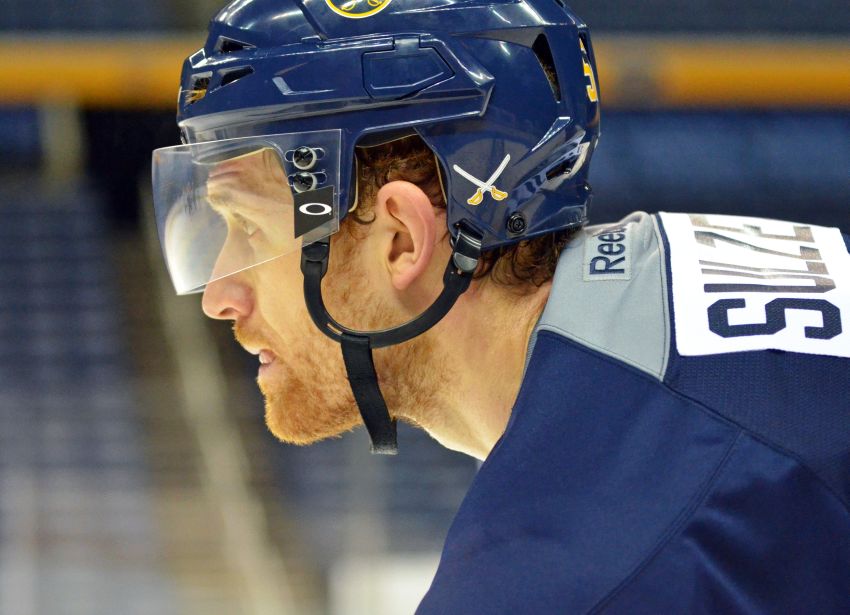 “It was a mental grind at times. Until today it’s been a six-month recovery,” Sulzer, who’s participating fully in training camp, said this morning after skating inside the First Niagara Center. “It’s a long time to prepare yourself every day to really torture yourself in rehab and work hard and push and push and push without any rest days and stuff. But it was only a few days where I really had to grind it out and pretty much get my mental attitude back.”

Sulzer began skating alone in late June and was cleared to return in July. He said his knee “feels strong and it feels stable.”

The Sabres re-signed the German on July 6, although it’s unclear where he fits in. In addition to several strong prospects, eight defensemen in camp played in the NHL last season.

“I was hoping to re-sign here because I like it, I feel comfortable here,” Sulzer said.

He added: “Every team I’ve been to there were eight to 10 defensemen who could actually play. It’s nothing new to me.”

Sulzer began receiving his first regular NHL duty shortly after his February 2012 arrival from Vancouver. He has six goals and 12 points in 32 games with the Sabres. The 29-year-old formed a strong duo with Christian Ehrhoff late in 2011-12, skating 20 minutes a night.