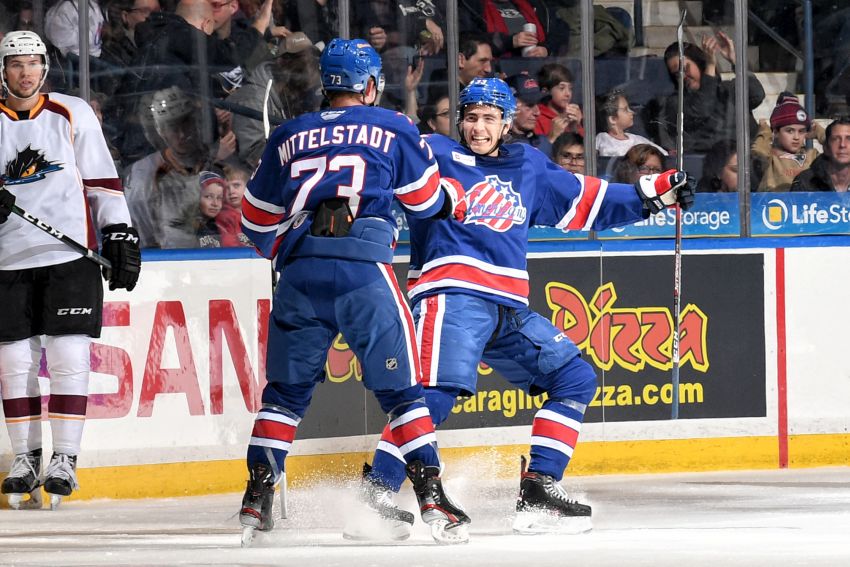 The American Hockey League season won’t resume before May, the league announced today.

But the league has recommended to its 31 teams they help their players return home, an ominous sign the season could be canceled in the coming weeks.

On Thursday, shortly after the NHL suspended its season indefinitely because of the COVID-19 pandemic, the AHL also stopped its campaign.

On Sunday, the CDC recommended that events with 50 or more people be canceled or postponed for eight weeks to prevent the spread of the coronavirus, meaning it’s highly unlikely any sports league can restart before May.

The NHL announced earlier today its players have been told they can return home immediately, wherever they live.

The Rochester Americans, the Buffalo Sabres’ top affiliate, were scheduled to play a road game against the Toronto Marlies on Tuesday.

The Amerks, having compiled 75 points in 62 games, rank second in the AHL North Division.

The ECHL, the league below the AHL, canceled the rest of its season Sunday.

One thought on “AHL season won’t resume before May”