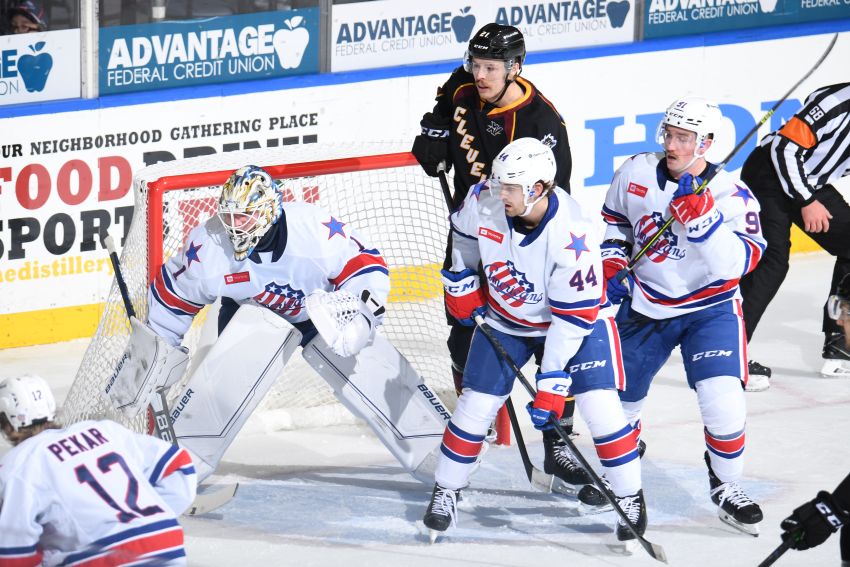 The AHL on Wednesday afternoon postponed the Rochester Americans’ next two games due to COVID-19 protocols.

The Amerks were scheduled to host the Syracuse Crunch on Wednesday at Blue Cross Arena and the Springfield Thunderbirds on Friday. No makeup dates have been announced.

On Wednesday morning, the Amerks announced coach Seth Appert entered the league’s COVID-19 protocol and would be unavailable to coach against the Crunch. In his absence, assistants Michael Peca and Mike Weber were set to coach the Buffalo Sabres’ affiliate.

Appert, 47, is the first member of the Amerks to be sidelined by COVID protocols this season.

After their 7-3 loss Friday in Rochester, the Bears postponed their next two games. Meanwhile, Boston general manager Don Sweeney told reporters the Bruins’ affiliate is in a “lockdown situation.” Right now, the Bruins can’t recall anyone to Boston.