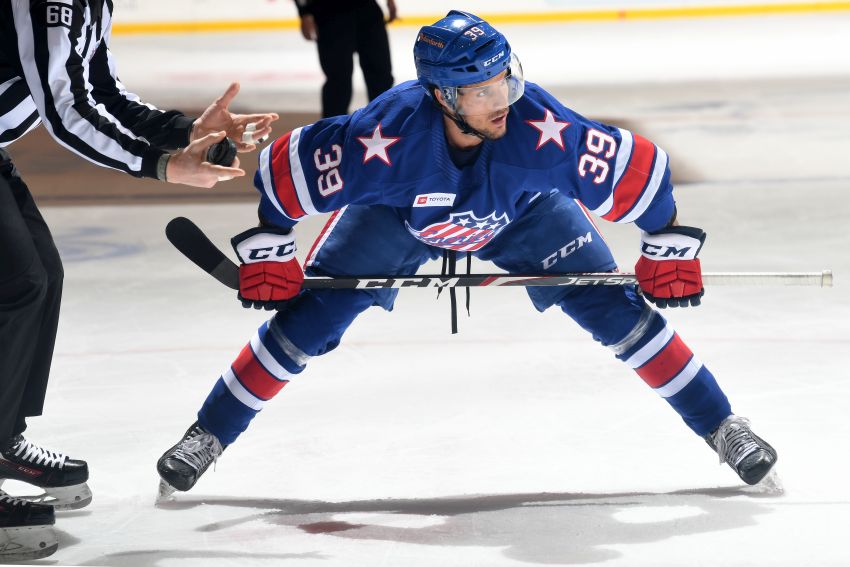 Jean-Sebastien Dea could be a big contributor for Rochester. ©2020, Micheline Veluvolu

The COVID-19 pandemic has forced the American Hockey League to move the anticipated start of the 2020-21 season again, this time to Feb. 5.

The league’s board approved the move Wednesday. More details regarding the schedule will be announced at a later date.

The AHL season, of course, usually begins in early October. In July, the AHL moved the anticipated start of season to Dec. 4.

Commissioner Gary Bettman said earlier this month the NHL has targeted Jan. 1 to start its 2020-21 season.

The AHL canceled the remainder of the 2019-20 campaign on May 11, exactly two months after the league played its last games.